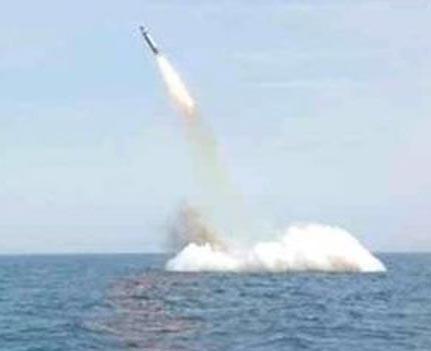 London, May 10 - North Korea has said that it has successfully test fired a submarine-launched missile, which, if confirmed, could be a significant addition to its nuclear arsenal.

According to analysts, North Korea has several nuclear warheads but the new weapon marks an important advance as submarine-fired devices are difficult to detect, reported the BBC.

The United States termed the use of ballistic missiles a "clear violation" of the United Nations sanctions against North Korea.

A statement issued by the U.S. State Department although made no comment on the reported test but urged North Korea to "refrain from actions that further raise tensions in the region." (ANI)