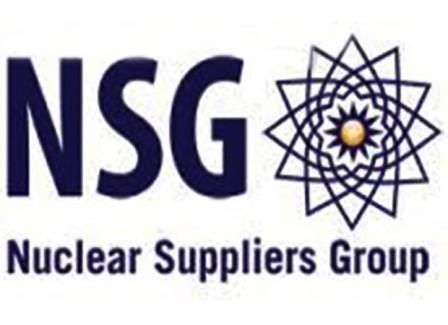 Seoul, June 24 : Both India and Pakistan, it seems will have to wait for some more time to gain membership of the Nuclear Suppliers Group (NSG), as the 26th plenary meeting of the group held in Seoul, South Korea concluded today without any discussion on their applications.

As of now it appears that the membership application of both countries will not be considered for discussion unless they sign the Non-Proliferation Treaty (NPT), which is the building block of the NSG.

Chaired by Ambassador Song Young-wan of the Republic of Korea, the NSG held discussions on the issue of "Technical, Legal and Political Aspects of the Participation of non-NPT States in the NSG" and decided to continue its discussion on the matter.

The group stated that Switzerland will assume the Chairmanship of the NSG from 2017 to 2018 and welcomed Switzerland's plans to host the next Plenary.

The Minister of Foreign Affairs of the Republic of Korea, H. E. Yun Byung-se, welcomed the participating governments and reaffirmed his country's support for all NSG activities.

The South Korea's Foreign Minister also highlighted the importance of the thorough implementation of UNSCR 2270 (2016) for the resolution of the Democratic People's Republic of Korea (DPRK) nuclear issue and asked the NSG to continue its efforts to cut off the DPRK's access to its nuclear program's supply chain.

Within the framework of the NSG's mandate, the group expressed its concerns regarding continued global proliferation activities and reaffirmed its determination to continue to cooperate closely in order to deter the transfer of controlled items or technology that could contribute to nuclear weapons.

The participating governments also reiterated their firm support for effective implementation of the NPT as the cornerstone of the international non-proliferation regime.

The NSG welcomed the announcement on 16 January 2016 of the Implementation Day of the Joint Comprehensive Plan of Action (JCPOA).

Following up on the Extraordinary Plenary held on 21 January and 26 April this year, the NSG expressed interest in continuing to be briefed by the Procurement Working Group coordinator on the procurement channel established under the JCPOA and UNSCR 2231 (2015) as appropriate.

Participating governments called upon all states to exercise vigilance and to ensure effective implementation of all UNSCRs relevant the purpose of NSG.

The meeting also discussed on technical issues important to the implementation of the control lists by exchanging views and agreeing on a number of proposals to clarify and update the NSG control lists and guidelines to keep pace with the fast-paced nuclear industry.

The group appreciated the growing number of states that have harmonized their national export control systems with the NSG guidelines and control lists.

Options for enhancing outreach such as dedicated briefings and meetings with interested non-NSG partners were also discussed.

The meeting agreed upon shared information on all aspects of the 2008 Statement on Civil Nuclear Cooperation with India and discussed the NSG relationship with India.

The NSG Plenary invited all nuclear supplier states to express their responsible approach to nuclear exports by adhering to the NSG Guidelines. (ANI)