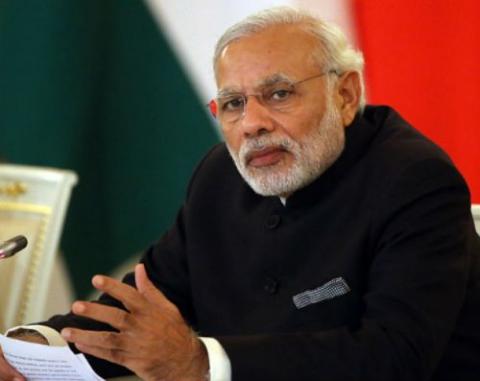 Pune (Maharashtra) [India], Mar. 17 : The distraught parents of four-year-old, Aaradhya who is suffering from a heart disease, wrote a letter to Prime Minister Narendra Modi on Thursday seeking financial help for her surgery.

Aaradhya, suffers with a hole in her heart since her birth and the surgery for her treatment comes at a exorbitant price. Her parents have written a letter to the Prime Minister, requesting him to help her by explaining her health condition and their financial inability.

Aaradhya parents feel that Prime Minister Modi will definitely help their daughter as he did last year with Vaishali, who also had the same problem.

A relative of Aaradhya stated that this campaign is awareness on organ donation which is necessary in the country.

"We are organising an awareness campaign for Aradhya, for her quick recovery and to garner Prime Minister Modi's support. This rally will be held on March 19 and I hope more people come in support of her. Aradhya is currently at home but she has to get admitted in hospital after 15 days for three days. When I got to know that my niece had this problem, I contacted Vaishali Yadav's parents and took their advice. I strongly appeal to the Prime Minister to respond soon," said Aradhya's uncle.

"Aradhya needs help and we are all in support of her. I was so happy when, Modi ji replied positively to our letter in Vaishali's case. So that is why I advised Aradhya's uncle too to contact his office and receive the best of help. Vaishali will also be participating in the rally 'Save Aradhya' on March 19.

College students will also be joining the rally that will be held on Sunday. (ANI)