Mexico City: Teen pregnancy has reached an epidemic level in Mexico, with about 400,000 cases each year accounting for 20 percent of pregnancies across the country, according to an expert. 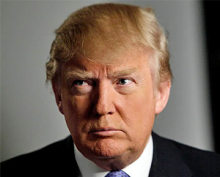 Mexico City, Feb 19 - Republican front-runner Donald Trump "is not Christian" if he calls for the deportation of undocumented immigrants and pledges to build a wall between the US and Mexico, Pope Francis said on Thursday.

Mexico City - Mexican authorities are proposing a USD 37 million plan to ban gillnet fishing in most of the upper Sea of Cortez to save the critically endangered vaquita marina, the world's smallest porpoise.

The plan would compensate fishermen for stopping the use of nets that often sweep up the tiny porpoises along with their catch.

Mexico City - Mexican authorities say they have found the partly burned bodies of 11 men dumped on the side of a road in the southern state of Guerrero.

Many of the bodies appear to have been decapitated.

A law enforcement official who was not authorized to be quoted by name said today the bodies were found near the city of Chilapa.

Mexico mine spills 500,000 gallons of cyanide Mexico City : A mine in northern Mexico spilled over a half-million gallons of a cyanide solution used in heap-leach gold mining, after heavy rains caused a retaining pond to overflow.

Mexico City: Germany's BMW announced it will invest USD 1 billion to build a new luxury car factory in northern Mexico that will start production in 2019 as part of an effort to expand its presence in the United States.