Washington D.C., July 24 : Afghanistan is observing a day of national mourning following the suicide bombing of a protest march in the capital, Kabul, that killed 80 people and wounded more than 200 people. 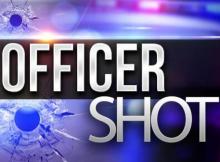 Washington, July 19 : A U.S. police officer was fatally shot Tuesday in the Kansas City while responding to a drive-by shooting.

Local media said Police Captain Robert David Melton, 46, was shot multiple times in his patrol car by a suspect who jumped out of his car.

Melton succumbed to his injuries in hospital.

The suspect's identity and motive remains unknown. An investigation is on.

Washington D.C., July 19 : An Afghan teenager was shot dead by the police after he injured several people with an axe on a train in southern Germany.

The motive behind the attack remains a mystery.

According to CNN, Bavarian Interior Minister Joachim Herrmann said that the 17-year-old Afghan man was a resident of Ochsenfurt, Bavaria 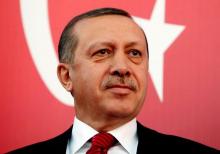 Washington D.C., July 17 : Asserting that he had his government back in control, Turkish President Recep Tayyip Erdogan called on the United States to either arrest or extradite exiled Islamic cleric Fethullah Gulen, who was clearly to blame for the coup attempt that ended up with nearly 200 people dead.

Washington, July 16 : The U.S. Congress has released the 28 pages of the 9/11 report which shows no complicity of Saudi Arabia in the terrorist attacks.

Published after 13 years of first being classified, the White House said the reports show no link between Saudi Arabia and the hijackers who carried out the September 11, 2001 terrorist attacks.

Washington, July 13 : President Barack Obama said racial discrimination still exists in the United States and protesters against police violence could not be dismissed as "troublemakers or paranoid."