S Korea tightens security of US airbases after IS threats 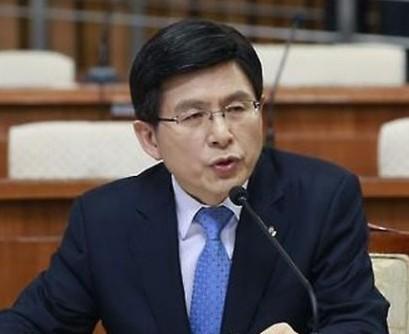 Seoul, June 20 : South Korea has strengthened security around US airbases after the country's spy agency reported that the Islamic State (IS) terror group has included the US facilities in the country as its target of attacks.

South Korean Prime Minister Hwang Kyo-ahn on Monday ordered tightening of security around the US air force facilities in Gunsan and Osan, which were targeted by the militant group for its terrorist attacks, and to review anti-terrorism preparedness for the installations of the US Forces Korea (USFK) and diplomatic missions.

The decision came after the National Intelligence Service (NIS), South Korea's spy agency, said the IS has instigated attacks by designating the US air force bases and a South Korean national as terror targets, Xinhua news agency reported.

According to the NIS, the IS recently unveiled mapped locations of 77 air force bases of the US and the North Atlantic Treaty Organisation (NATO) and personal information on civilians of 21 countries, which were earned through its own hacking unit, the United Cyber Caliphate, through the Internet messenger programme Telegram.

The revelations included map coordinates of the US air force bases in Osan, a city some 40 km south of Seoul, and the city of Gunsan as well as personal information on a South Korean national who works at a local welfare group.

South Korean police and military have stepped up anti-terrorism preparedness for the targeted facilities and the civilian. According to media reports, police increased the number of security personnel posted around the Osan air base from 60 to 90, while raising patrol hours from 12 hours per day to 24 hours.

Police dispatched a company of 90 security personnel around the USFK barracks in the north Gyeonggi province, while strengthening patrol duties around mosques and foreign residential districts.

The NIS on Monday said it will devise anti-terrorism measures in cooperation with the military and police by this month-end. IANS