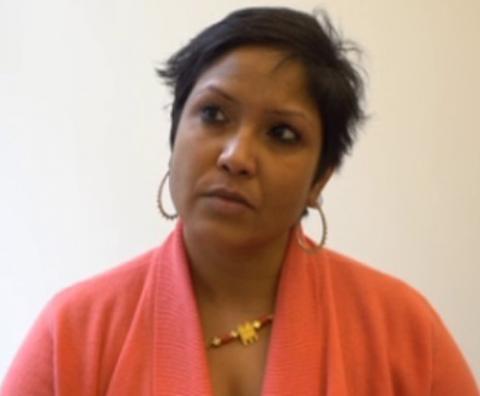 "We came here today with ten other organisation from Muslim, Arab and South Asian and American communities along with four member of Congress to be able to make it very clear that our communities are not only honouring the victims and the impact of hate violence on our community.but to also make it sure that we are bearing witness to the impact not only of the political retroact that pays our community un-American, disloyal and suspicious as well as dramatic and divisive impact of anti-immigrant and anti-Muslims policies introduced since this administration has taken office," Suman Raghunathan said.

"We continue to stand firm against hate violence as well as divisive policies that continues to explicitly target our community not only for violence but also for exclusion and to make sure that our rights are curtailed. We and our community continue to stand firm and strong against anti-Muslim, anti- immigrant sentiment and policies and make sure that we are documenting and calling for full and through investigation against hate violence as they occur against our community," she added.

Meanwhile, Indian American Congressman Ami Bera, who had earlier condemned the shooting of an Indian-origin Sikh man in Kent, said that there should not be any discrimination on the basis of religion and colour, adding the recent hate crimes is not at all acceptable.

"We have gathered here to fight against hate crime, that's not acceptable, that's not who we are as the nation of immigrants. We don't discriminate against religion; we don't discriminate on the basis of colour. There has been a rise in the cases of hate crime. We saw what happened in Kansas weeks ago, what happened in Washington state. All this is not acceptable, we have to fight back," said Bera.

"And I would ask Mr President to make strong statements against these hate crimes. Let's come together as a nation and let celebrate the diversity of who we are," he added.

In a suspected hate crime, 39-year-old Deep Rai, a US national of Indian-origin, was shot outside his home in Kent on March 3 by a partially-masked gunman who shouted "go back to your own country".

An Indian man was earlier killed and another wounded in a recent shooting at a Kansas bar. (ANI)