Trump claims to have additional proof to support his wiretap accusation 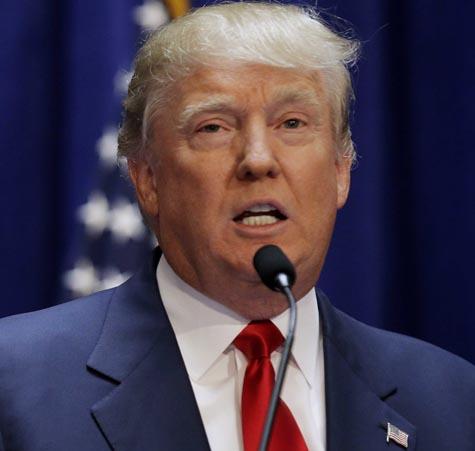 Trump said the media reports and the initial proof he had at that time made his claim appropriate.

In an interview with Fox host Tucker Carlson, Trump said that his accusations were based on New York Times story and a Fox News report.

"But wiretap covers a lot of different things. I think you're going to find some very interesting items coming to the forefront over the next two weeks," CNN quoted Trump as saying in an interview.

The White House had recently said that the President used the word 'wiretapped' in quotes, referring to the Obama administration broadly and not accusing his predecessor of personal involvement in wiretapping.

"He doesn't really think that President Obama went up and tapped his phone personally. But I think there's no question that the Obama administration, that there were actions about surveillance and other activities that occurred in the 2016 election. That is a widely reported activity that occurred back then," Spicer said.

He then went on to state that the President used the word 'wiretapped' in quotes to mean broadly surveillance and other activities, when he tweeted on March 4 that "Obama had my 'wires tapped' in Trump Tower" and accused Obama of being a "bad" or "sick guy."

"The president used the word 'wiretapped' in quotes to mean broadly surveillance and other activities during that. It is interesting how many news outlets reported that this activity was taking place during the 2016 election cycle and now are wondering where the proof is. It is many of the same outlets in this room that talked about the activities that were going on back then," Spicer added.

However, Trump referred specifically to phone tapping and only used quotation marks in two of his four tweets.

Earlier this month, the President accused Obama of having tapped the wires in Trump Tower just before the election victory.

"Terrible! Just found out that Obama had my "wires tapped" in Trump Tower just before the victory. Nothing found. This is McCarthyism!," the President tweeted.

However, a spokesman of the former U.S. president had then refuted Trump's accusations that the Trump Tower was wiretapped prior to presidential elections.

"A cardinal rule of the Obama administration was that no White House official ever interfered with any independent investigation led by the Department of Justice," Obama spokesman Kevin Lewis said in a statement.

"As part of that practice, neither President Obama nor any White House official ever ordered surveillance on any U.S. citizen. Any suggestion otherwise is simply false," he added. (ANI)