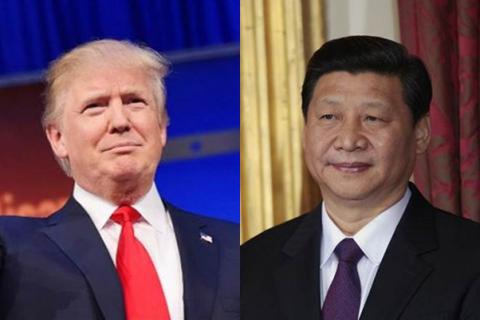 "The meeting next week with China will be a very difficult one in that we can no longer have massive trade deficits and job losses. American companies must be prepared to look at other alternatives," Trump tweeted.

Chinese President Xi Jinping will be meeting Trump next week in Florida, after paying a state visit to Finland.

"At the invitations of President Sauli Niinisto of the Republic of Finland and President Donald Trump of the United States of America, Chinese President Xi Jinping will pay a state visit to Finland from April 4 to 6, and will meet with President Trump in Mar-a-lago, Florida, from April 6 to 7," China's Foreign Ministry Spokesperson Lu Kang's said in a press conference.

Lu said, over the past 38 years after the establishment of diplomatic ties between China and the US, the two countries' economic and trade relations have grown exponentially, bringing tangible benefits to the business circles and consumers.

"We are willing to work with the US to expand areas of cooperation and to properly handle economic and trade frictions through dialogue and communication on the basis of mutual respect and win-win cooperation, so as to ensure the healthy and steady growth of Sino-US economic and trade ties," he added.

White House Press Secretary Sean Spicer said in a statement that President Trump will host his Chinese counterpart Xi Jinping at Mar-a-Lago from April 6 to 7.

"The two leaders will discuss global, regional, and bilateral issues of mutual concern. The President and the First Lady will also host President Xi and Madame Peng Liyuan at a dinner on the evening of April 6," Spicer said.

This would be the first in-person meeting between Trump and Xi, amidst the heightened tensions in the region, particularly the increasing North Korean nuclear threat.

Trump had accused Beijing for not helping with efforts to contain North Korea.

China had then said that its efforts and contributions for the same are internationally acknowledged, adding all sides should avoid actions that may result in escalation of tensions.

During the presidential campaign, Trump repeatedly railed against the trade imbalance between the United States and China.

He even promised to formally label China as a currency manipulator on his first day in office, but is yet to do so.

U.S. Secretary of State Rex Tillerson, during his recent China visit, met President Xi and both agreed there are opportunities for greater cooperation between the two sides while acknowledging that there are, and will be in the future, differences between the two countries. (ANI)