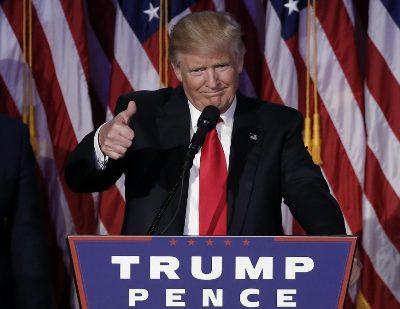 "We are going to make America great again, and I'll add greater than ever before," ABC news quoted Trump as saying.

Trump was addressing a large gathering of his supporters at his inaugural concert, a day before officially being sworn in as the 45th president of the United States.

"This journey began 18 months ago. I had something to do with it but you had much more to do with it than I did. I'm the messenger," Trump said.

He said that all Americans were tired of seeing what was going on in the country and wanted a real change to take place.

Trump told his supporters at the Lincoln Memorial that they are not forgotten anymore.

Earlier, Trump told a gathering at a Congressional leadership luncheon that his cabinet has "the highest IQ" in history of the country.

"We have by far the highest IQ of any cabinet ever assembled," he said.

Trump lauded a handful of Congressional leaders, particularly House Speaker Paul Ryan with whom he had an unpleasant relationship during the election campaign.

'He has got so much legislation to write - and he's actually got somebody who's going to sign it,' Trump said in reference to Ryan.

The President-elect said that he and Ryan are doing really well together.

Praising Health and Human Services secretary-designate Dr. Tom Price, Trump said, "Democrats wanted to end his career so fast, and then they found out he's so smart."