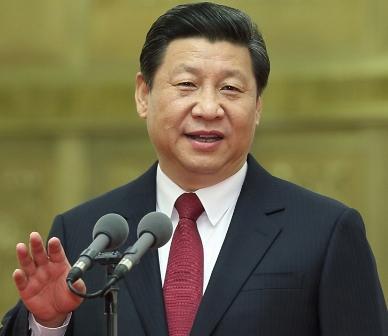 Beijing: Eight current or former members of China's ruling CPC including brother-in-law of President Xi Jinping allegedly used offshore tax havens to conceal their wealth, a development that could dent his image of overseeing the communist giant's sweeping anti-graft dragnet.

Eight of the top officials of the Communist Party of China (CPC) were among 140 political figures around the world said to have links to offshore accounts, according to the so- called Panama Papers - the leaked documents from Panama-based law firm Mossack Fonseca.

The officials include Xi's brother-in-law Deng Jiagui, who reportedly set up two British Virgin Islands companies in 2009 when Xi was member of the powerful Standing Committee of the CPC.

In 2014, both New York Times and Bloomberg carried reports that family members of former Chinese Premier Wen Jiabao and Xi Jinping had large assets base.

Chinese foreign ministry at that time termed the allegations as smear campaigns.

Since he took over power, Xi launched China's biggest anti-corruption campaign in which thousands of officials including top leaders like the former czar of the national security, Zhou Yongkang, were punished with long prison terms.

Xi, 62, broke the norm as he pressed ahead with the anti- corruption campaign against "tigers and flies", meaning all ranks in order to restore the sagging credibility of the party among people.

In a separate development, former head of Chinese military Guo Boxion has been charged with taking bribes to the tune of about 80 million yuan or USD 12.3 million, Hong Kong-based South China Morning Post reported today.

According to sources close to People's Liberation Army (PLA), the official figure is just a small fraction of how much money China's disgraced retired military chief actually received.

Guo, 74, had earlier been put under corruption investigation and was expelled from the CPC in July last year. He was a former vice-chairman of the powerful Central Military Commission, the highest military body of China currently headed by Xi.

Having been a member of the 25-man Politburo at the party's top echelon, Guo is also the highest-ranking general to fall to a graft charge since the foundation of the People's Republic of China in 1949.

Military prosecutors recently wrapped up the criminal investigation into Guo and the case had been filed to a court, the Post quoted officials as saying.

Over 40 top military officials faced prosecutions over corruption allegations in the anti-graft crackdown launched by Xi since he took over power in 2013. (PTI)