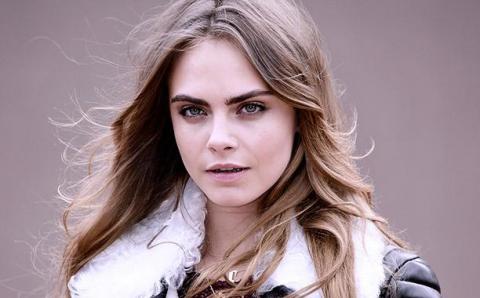 Melbourne, July 22 : Model Cara Delevingne has yet again sparked off her engagement rumours with girlfriend St Vincent as she recently sported a large ring during her appearance on the Jimmy Kimmel Live show.

The 23-year-old model, who sported the jewellery on her ring finger, showcased her typically quirky style in a lion printed pyjama set and completed the ensemble with glasses, trainers and a black and gold side bag, reports News.com.au reports.

Delevingne, who wore her locks in a wet-looking, slicked-back style, appeared on the talk show to promote her upcoming film ' Suicide Squad'.

Cara and 33-year-old Vincent (aka Annie Clark) first sparked engagement rumours when the latter Instagrammed a picture of a note which read "Marry me, Annie Clark."

Additionally, the 'Pan' actress had earlier spotted wearing a gorgeous ring over the course of Paris Fashion Week.

Back in February, the duo was spotted enjoying a romantic moment at the top of the Eiffel Tower in Paris.

At the time, a source was quoted, as saying, "I could see Cara on bended knee, clearly proposing to her girlfriend. It was really touching. Cara obviously likes to do things traditionally."(ANI)