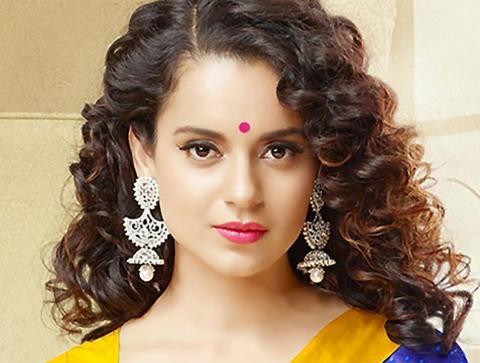 Mumbai [India], Apr. 22 : Kangana Ranaut, who has always been voicing her opinion on every matter that comes her way, finally spoke about the much controversial 'Azaan' row of Sonu Nigam.

When asked on the same, the 'Queen' star, told the media here, "See I can't speak for anyone, but I personally love azaan! When we were shooting for Tanu Weds Manu in Lucknow, I loved the sound of it (azaan), I can only speak for myself! Whatever religious activity, may it be at the gurudwara, or Bhagavad Gita, or azaan, I personally like it a lot! And, I personally like going to places of worship like masjid, temple or church!"

"We go for a Christmas Mass too! Again, as I said, I can only speak for myself, but that's not to say that what he's (Sonu Nigam) saying should not be considered, whatever he said is his opinion and he should be respected for that; I think that's the idea of bringing it to social media, isn't it, so it should be discussed! Does that answer your question?" she added, during a post fashion show media interaction.

For the unversed, the 'Kal Ho Na Ho' actor took the nation by storm after terming the practice of Azaan as "forced religiousness," on April 17.

His controversial tweets evoked a mixed response on the Internet and among every genre of people in the nation.

However, after being trolled mercilessly for his Twitter rant, the 'Kal Ho Na Ho' singer spoke about the issue, saying, "When I am talking about Loudspeakers, I did mention Temples and Gurudwaras too." (ANI)