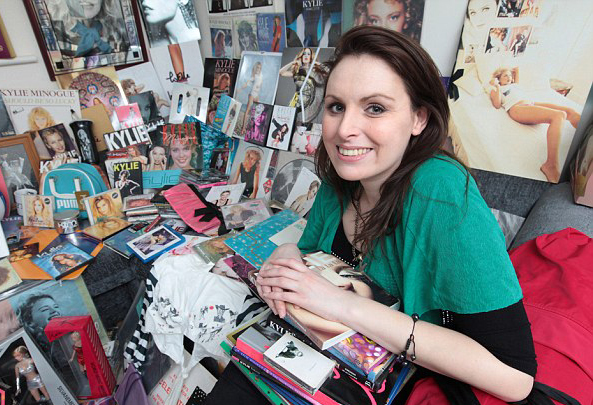 London, Mar 3 : A superfan of Kylie Minogue from Portsmouth, England, has reportedly spent 150,000 pounds to get her hands on every possible souvenir of the pop star.

Elle Richardson has apparently shelled out approximately 700 pounds at every concert of Minogue, adding to her haul of books, clothes, badges and memorabilia by asking for 'one of everything' at the souvenir stand, metro. co. uk reported.

The 35-year-old said that the Australian musician is one of the nicest people one can ever meet and the pop star never comes across as a diva or a superstar and always have time for her fans.

Richardson took notice of 'The Voice' star, 45, at the start of her acting career and went to see her first show in Britain in 1989. (ANI)