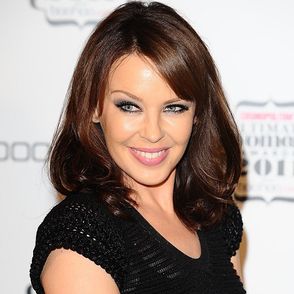 The Australian singer was spotted in the look while she was shooting here, reports thesun. co. uk.

Minogue, 44, features in a cameo in the film. She essays a tattoo parlour owner in the movie, her first major film appearance since she played a green fairy in "Moulin Rouge!" 11 years ago.(IANS)