Justin Beiber was the worst interviewee for Chelsea Handler 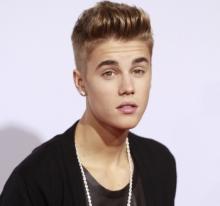 Melbourne, Jan. 25 : Chelsea Handler had one of her worst interviews ever with none other than the youth-star Justin Bieber!

The comedian, who hosted more than 1000 episodes of 'Chelsea Lately' between 2007 to 2014, told that the pop star tried to hit on her during the interview, reportsNews. co. au.

"Like, that's his schtick. He would come on and flirt with you and you just felt like a child molester right away," the 40- year-old TV host said.

"I think he does that with everybody," Handler said, adding that it didn't work on her at all as she was not sexually attracted to a child.

David Bowie's ex-wife accuses him of strangling her 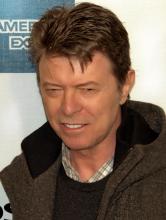 Melbourne, Jan. 25 : David Bowie's former wife has alleged that the music legend once tried to kill her by strangling her with his bare hands.

The ' Starman' hit-maker, who was addicted to cocaine in the late 70s, attacked his then-wife Angie after snorting powder, said News. com. au.

The assault came after Angie snapped at Bowie's assistant and lover Corinne Schwab. 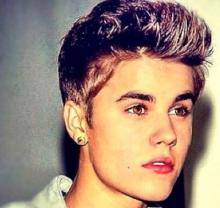 Melbourne, Jan. 23 : 'Beibs' does sell well. a purported Islamic State group Twitter account is trying to use the hashtag #JustinBieber to get more eyeballs, especially of the teenagers, on its propaganda video.

With links to the video, titled 'Message to Islamic West,' #JustinBeiber was used along with the hashtags of ISIS and ISIL, by which Islamic State is also known, reports News. com. au.

This 21-year-old heartthrob has almost 74 million Twitter followers, which seems to be the easiest way to reach the mass world-wide.

Penelope Cruz goes bald for her `most complex` character

Melbourne, Jan. 21 : Penelope Cruz will be showing her new avatar in her Spanish language film 'Ma Ma' as she will be seen bare body without her long hair locks.

In the flick, the 41-year-old actress plays a gutsy mother from Madrid, who is battling breast cancer, reports News. com. au.

The actor appears bald as her character loses her hair, before needing a mastectomy for the lump in her breast. 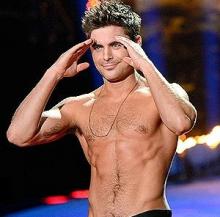 Melbourne, Jan. 20 : The trailer for the sequel to the 2014 hit comedy 'Bad Neighbours' is out and this time Seth Rogen (Mac) and Rose Byrne (Kelly) are in for even more pain than in the first movie.

'Bad Neighbours 2,' which is due for release on May 6, brings back many of the stars of the original, including Zac Efron, Seth Rogen, Rose Byrne and Dave Franco, reports News. com. au.

While the original film featured Rogen and Byrne as young parents battling a noisy frat house that sets up next door, in the sequel, it is a sorority that has moved in.