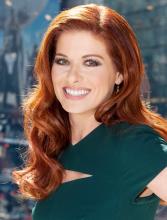 Melbourne, Jan. 17 : A 1987 romantic-drama ' Dirty Dancing' is all for its remake and has signed an Emmy winner for a key role which is set to star ' Little Miss Sunshine' actress Abigail Breslin.

'Will and Grace' star Debra Messing is set to play Marjorie Houseman, the mother of Baby, reports News. com. au.

The role was originated by actress Kelly Bishop. Marjorie Houseman is the matriarch of the family who takes her family to the Catskills for some bonding time, particularly with her workaholic husband, played by Jerry Orbach. 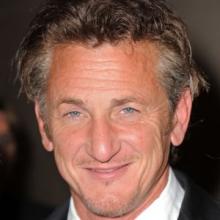 In a recent interview, the 55-year-old actor asserted that his visit had nothing to do with Drug lord Guzman's recapture, adding that he and his colleagues had met the drug lord on October 2nd, in a place nowhere near where he was captured, News. com. au reports.

Addressing Gervais's transphobic joke, the 66-year-old reality star said, "I'm going to call the Globes and see if they need a new host for next year and that will solve that problem", News. com. au reports.

The 54-year-old comedian shared a story about Caitlyn trans-icon and wrote on social media, "At last. She always brakes too late."

Melbourne, Jan. 14 : Jennifer Aniston has recently dished about her diet and the secret behind her perfectly shaped body.

The 46-year-old actress said that she eats organic fruits and veggies, keeps her sugar intake low and along with drinking tons and tons of water she never compromises on her beauty sleep, reports News.com.au.

Though she might have given her fans body goals to follow, choosing a perfect diet wasn't easy for the 'Cake star,' instead it was a trial and error for her.

No buyers for 'Silence of the Lambs' mansion

Melbourne, Jan. 13 : Remember the house of psychotic killer Buffalo Bill in the 1991 film 'The Silence of the Lambs'? The owner now is facing hurdles to sell it.

Scott and Barbara Lloyd, owners of the house, listed the house last summer, but they were dropped the asking price from 300,000 dollar to 250,000 dollar, reports News.com.au.

This three-storey Victorian architecture mansion in Pennsylvania was the second-most-clicked home on Realtor.com last year, but Scott Lloyd told in an interview that the publicity has attracted curiosity seekers, but no serious buyers.