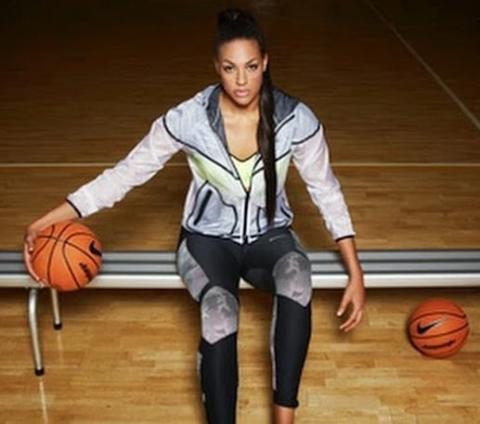 Rio de Janeiro, Aug 14 : It was Elizabeth Cambage again who kept Australia's perfect record in the Olympic women's basketball tournament pool play as the 2.03-meter center had 17 points and nine rebounds to boost a 74-66 win over Belarus here.

Cambage had seven points and five rebounds in the fourth quarter, in which Australia won 22-7, to turn a 13-point deficit to a 65-62 lead with a "2+1", a field goal and a follow-up free-throw, with 4:11 left of the game on Saturday, reports Xinhua.

However, Belarus' bench gave little help when the starters stumbled on their feet to let their opponents claw back. Belarus' bench were beaten by 38-3 as two substitutes were pointless and four were never called up.

On the other side, Australia split the playing time as Penny Taylor played the most 23:44 minutes with 11 points and Cambage having 23:19 minutes on court.

Tatsiana Likhtarovich rested only 12 seconds through the 40-minute game to have 14 points while Lindsey Harding and Yelena Leuchanka contributing 16 and 15 respectively.

Turkey edged off Brazil 79-76 in a double overtime match to keep the hosts winless in the group.

Erika Souza's jumper with 47 seconds to go in the fourth quarter forced the first overtime for Brazil on 60-60.

The hosts, which were seeking for their first win in the tournament, had a 68-63 lead with 1:27 left, but Turkey fought back for the second overtime by 70-70.

Brazil led again by 74-72, but surrendered six straight points to let Turkey usurp the lead on 77-74 with 1:07 left on the clock. Iziane Castro made a jumper shot to close it by 77-76 with 55 seconds to go, but Brazil failed to score down the stretch when Turkey stole the win.

In the last game of the day, Japan beat France 79-71. France, Turkey and Japan all had identical records of three wins and two losses, with France taking the second place by points difference in the group. Turkey and Japan are on third and fourth. IANS