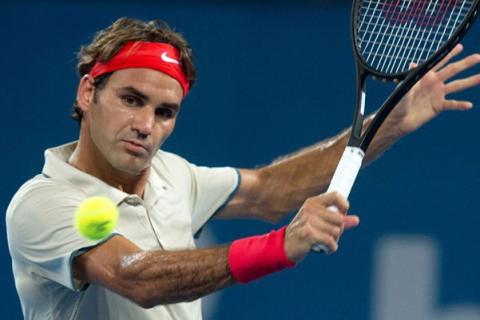 Johannesburg [South Africa], Jan.27 : Despite admitting that Rafael Nadal has given him the `most problems` compared to any other opponent in his career, seventeen-time Grand Slam champion Roger Federer has insisted that facing the fiery Spaniard in the Australian Open final would be an `unreal` experience.

Swiss star Federer, who returned to top-level tennis after a six-month injury lay-off, entered his 28th Grand Slam final after battling past fellow countrymen Stan Wawrinka 7-5, 6-3, 1-6, 4-6, 6-3 in an exhilarating semi-final clash of the men's singles clash that lasted more than three hours on Rod Laver Arena on Thursday.

Federer will play against the winner of the second semi-final clash between 2009 Melbourne champion Nadal or Bulgarian 15th seed Grigor Dimitrov.

Welcoming the prospect of facing Nadal in the summit showdown, Federer said that the former is an incredible competitor and that he plays tremendously well.

"It's real, I can really actually talk about a final, I've been dodging that bullet for the last few days," Sport24 quoted Federer as saying.

"Rafa's given me the most problems in the game ... I'm probably Rafa's number one fan, I think his game is just tremendous. He's an incredible competitor. I'm happy that we've had some epic battles over the years and of course it would be unreal to play him here," he added.

Federer, however, insisted that no matter who wins the second semi-final clash, the summit showdown would be tough either way.

"(Dimitrov)'s got a very complete game. He can mix it up really well. He's very confident and you never want to play confident players, but it's him or Rafa. It's going to be tough either way," he added.

Federer, who will compete for his fifth crown in his sixth Australian Open final, is bidding to become the first No. 17 seed to win a major since Pete Sampras who won the final professional match of his career at the 2002 US Open. (ANI)