Federer to face Wawrinka in all Swiss final at Indian Wells 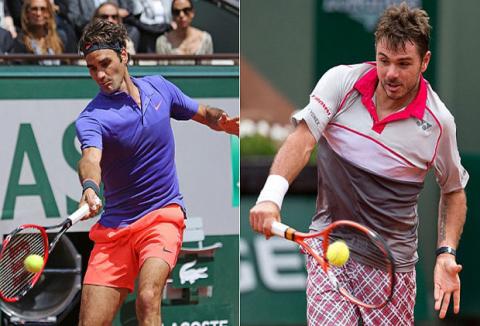 California [USA], Mar. 19 : Swiss maestro Roger Federer will be facing Stan Wawrinka in an all-Swiss final at the Indian Wells Masters after both registered straight set victories in their respective semi-final clashes on Saturday.

"I think I definitely played great in the first set," the tournament website quoted Federer as saying.

"I came out and really saw the ball well. I think Jack didn't have his best first set, but I found a way to take advantage of that quickly, hardly made any mistakes and was able to press."

"The second set was more like what I expected the first set to be, to be quite honest, before the match. It was hard to break and return well off Jack's heavy serve," he added.

Meanwhile, US Open champion Wawrinka defeated Spain's Pablo Carreno Busta 6-3, 6-2 in a match that lasted for more than an hour.

Federer takes a 19-3 head-to-head lead over Wawrinka into the final and has won their past three meetings, including a five-set battle in the Australian Open semifinals in January. (ANI)