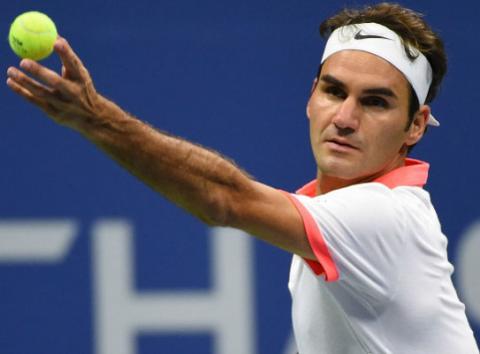 Melbourne [Australia], Jan.18 : Seventeen-time Grand Slam champion Roger Federer on Wednesday took another successful step in his highly-celebrated comeback by prevailing American Noah Rubin in straight sets in the second round of the Australian Open here at the Melbourne Park.

The Swiss maestro struck 17 aces and won 82 per cent of his first-serve points, but he had to work harder in the third set. Federer fell behind 5-2 against spirited Rubin before storming back to force a tie-break.

Federer eventually posted a 7-5, 6-3, 7-6(3) win over his 20-year-old opponent to reach the third round of the tournament for the 18th consecutive year.

The 35-year-old, who has been out of the game for more than six months, is bidding to become the second oldest man in the Open Era to win a Grand Slam title after Ken Rosewall of Australia.

With the win, Federer has now set up a clash against 10th seed Tomas Berdych, who defeated American Ryan Harrison 6-3, 7-6(6), 6-2 in just over two hours to storm into the next round. The Swiss star leads their Head2Head rivalry 16-6, including a straight-set quarter-final victory at last year's Australian Open.

In another men's singles clash, fourth-seed Stan Wawrinka of Switzerland also booked his place in the pre-quarterfinals after clinching a 6-3, 6-4, 6-4 triumph over American Steve Johnson.

Wawrinka will next play either Serbian Viktor Troicki or Italian Paolo Lorenzi. (ANI)