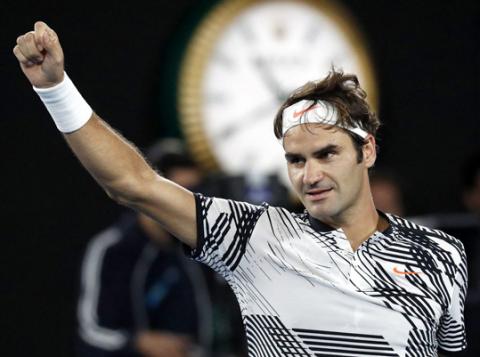 Miami [Florida], Mar.31 : 18-time Grand Slam Champion Roger Federer booked his place in the semi-finals of the Miami Open after holding off a streaky Tomas Berdych of Czech Republic in the men's singles clash here on Friday.

The 35-year-old Swiss, who has already clinched the Australian Open and Indian Wells titles so far this year, struggled past 10th seed Berdych 6-2, 3-6, 7-6 (8-6) in a thrilling last-eight contest that lasted almost two hours.

In an enthralling match-deciding tiebreaker, Federer saved a match point and then Berdych lost on a double-fault as the Swiss star made it to his seventh semi-final in Miami and first since 2011.

With the win, Federer has now set up a semi-final clash against Australia's Nick Kyrgios, who also battled past 19-year-old German Alexander Zverev 6-4, 6-7 (9-11), 6-3 in their last-eight clash.

In the women's singles event, American tennis star Venus Williams knocked out of the tournament after going down 4-6,5-7 against Australia's Johanna Konta.(ANI)