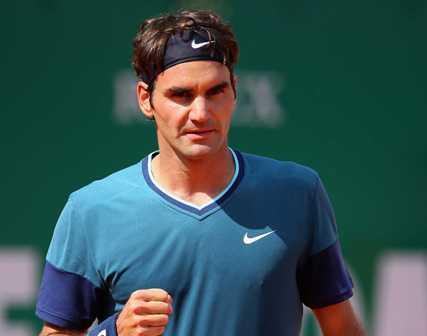 Washington, June 12 (ANI): Swiss tennis maestro Roger Federer's hopes of winning his maiden Stuttgart Open title were dented, after he suffered a defeat at the hands of Austria's Dominic Thiem in the semi-finals of the men's singles event here on Saturday.

The 14-time Grand Slam Champion suffered a 6-3, 6-7 (7-9), 4-6 defeat against his Austrian opponent in a thrilling contest that lasted about two hours.

With the win, third-seed Thiem has now set up a summit showdown clash against seventh-seed Philipp Kohlschreiber of Germany for the title.

Reflecting on his defeat, Federer admitted that it was quite disappointing to lose the game with match point, but insisted that he was satisfied with the way he performed in the tough condition.

"I was pleased with how I played. I think I can play better in some big moments, but he came up with some really good shots when he needed it. I've just got to keep working hard and it's going to go my way the next time around," the top-seeded said following the match.

It was Federer's first campaign since his third-round exit to Thiem in Italian Open. He (1072) had earlier surpassed Ivan Lendl's record of 1,071 wins in the Open era with his quarter-final win over Germany's Florian Mayer.

Earlier, Federer withdrew from the French Open after failing to recover from a back injury, thus ending a run of 65 consecutive appearances at Grand Slam tournament. (ANI)