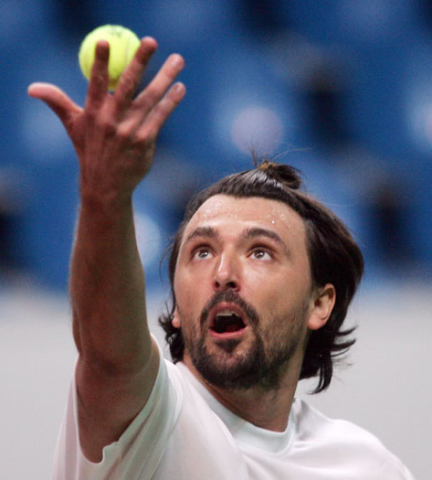 Melbourne, Jan. 27 : Former Wimbledon champion Goran Ivanisevic has tipped world number one Novak Djokovic to win his sixth Australian Open title and opined that he could not see anyone matching the Serbian's imperious form.

Djokovic, who had a remarkable 2015 season with three Grand Slam titles, will next face Swiss maestro Roger Federer in the semifinals on Thursday. Both of them head into the clash locked on 22 wins apiece.

Ivanisevic said that it was going to take a robot to bring down Djokovic, insisting that there was no competition for him presently, News.com.au reported.

The 44-year-old Croatian highlighted Djokovic's supremacy, saying that the Serbian could still win games despite making 100 unforced errors, pointing to his error-strewn performance against Gilles Simon in the quarterfinals.

The defending champion has been tipped as the clear favourite to advance to his sixth final at Melbourne Park. (ANI)