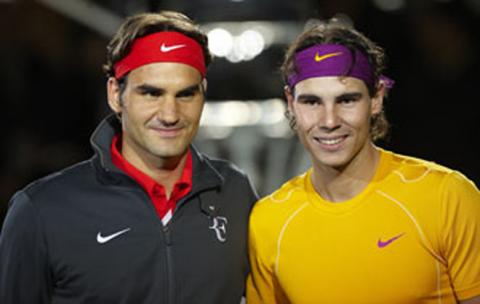 California [USA], Mar. 18 : Elated with his win over fourteen-time grand slam champion Rafael Nadal in the Round 4 of the ongoing Indian Wells Masters, Swiss maestro Roger Federer has said that he played "unbelievably" against the Spaniard and "couldn't be more happy" with his performance.

Federer defeated his long time rival 6-2 6-3 in a contest that lasted for 68 minutes to advance to the last eight of the tournament.

"I played unbelievably against Rafa and I couldn't be more happy," Federer was quoted as saying by the tournament website.

"The six months off last year was really difficult. I played one tournament last year where I felt normal and that was the Australian Open. At all the other tournaments, I was sick, hurt, injured or not well," he added.

This was Federer's third successive victory over the Spaniard.

The 35-year-old is looking to win his second title of the season, having made his comeback from a six-month injury lay-off in stunning fashion, by capturing his 18th Grand Slam championship at the Australian Open with a five-set victory over Nadal.

The Swiss maestro defeated Nadal 6-4, 3-6, 6-1, 3-6, 6-3 at Rod Laver Arena in the final match that lasted for more than two-and-a-half hours to win his fifth Australian Open crown.

Meanwhile, Australian tennis star Nick Kyrgios, who was to face Federer in the quarterfinals, has been forced to withdraw from the clash with food poisoning.

The 35-year-old will lock horns with the winner of the upcoming clash between Kei Nishikori and Jack Sock in Saturday's semifinals. (ANI)