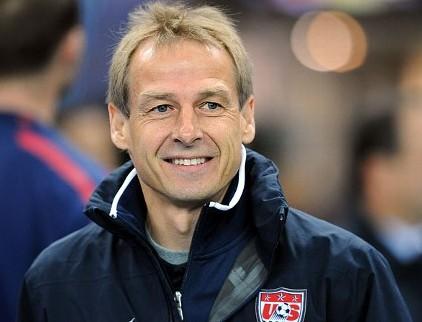 In a media release, the US Soccer Federation said, "U.S. Soccer president Sunil Gulati announced today that Jurgen Klinsmann has been relieved of his duties as head coach of the U.S. Men's National Team and Technical Director for U.S. Soccer."

Klinsmann began his tenure as US head coach in 2011 and compiled a 55-27-16 record during his tenure.

In 2013, he led the team on a record-setting 12-game winning streak, the longest in program history.

The 52-year-old US head coach has been under immense pressure after a string of poor performances with a loss 2-1 loss to Mexico and a 4-0 drubbing to Costa Rica which ultimately resulted in his sacking.

Meanwhile, the U.S. Soccer president thanked Jurgen for his hard work and commitment during these last five years.

"He took pride in having the responsibility of steering the program, and there were considerable achievements along the way. Many are aware of the historic victories, including leading us out of the Group of Death to the Round of 16 in the 2014 FIFA World Cup, but there were also lesser publicized efforts behind the scenes," he said in a statement.

"He challenged everyone in the U.S. Soccer community to think about things in new ways, and thanks to his efforts we have grown as an organization and expect there will be benefits from his work for years to come," Gulati added.

He, however, did not mention as to who would replace Klinsmann. (ANI)