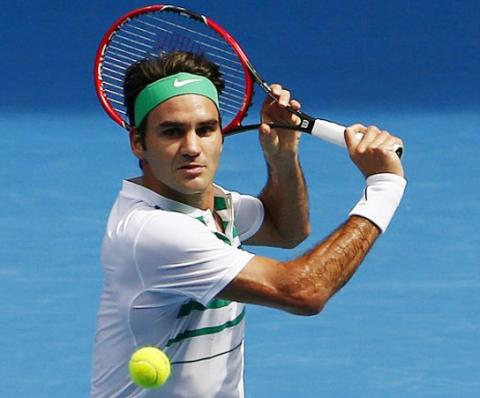 Miami [Florida], April 1 : 18-time Grand Slam champion Roger Federer produced a resilient performance as he overcame a tough challenge from Australia's Nick Kyrgios in an enthralling three-set thriller to book his place in the finals of the Miami Open here on Saturday.

After clinching the first set, the Swiss maestro went down in the second against the spirited Kyrgios before rebounding strongly in the tie-breaker of a thrilling semi-final clash that lasted over three hours.

Federer and Kyrgios have played six consecutive tie-breaks in their two FedEx ATP Head-to-Head meetings, with the rivalry currently tied at 1-1.

With the win, Federer has once again set up a clash against Spanish maestro Rafael Nadal, who eased past Fabio Fognini of Italy 6-1, 7-5 in their last-four clash of the men's singles event.

It will be Federer's third meeting with longtime rival Nadal in 2017 and 37th in total. The Swiss has won both the clashes, including the Australian Open summit showdown.(ANI)