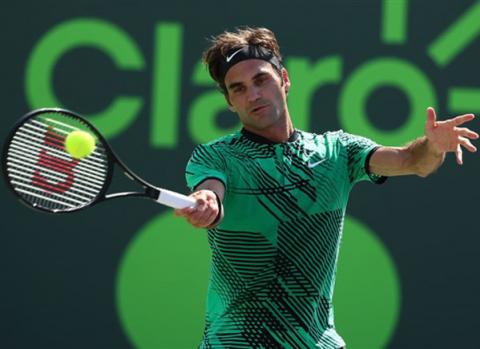 The 35-year-old dominated from the beginning of the game as it took only two hours, including a couple of tie-breaks, to see off the Spanish 14th seed.

Federer will next face Czech 10th seed Tomas Berdych in the quarter-finals.

Berdych, the 2010 Miami runner-up, beat Adrian Mannarino 6-3 7-5 to the reach the quarter-finals in Miami for the eighth time in the last 10 years.