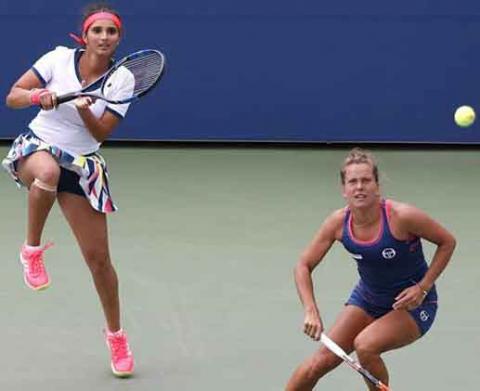 The Indo-Czech pair defeated their opponents 6-2, 6-3 in a contest that lasted for over an hour.

The fourth seeded pair of Mirza- Strycova was unstoppable and completely dominated their opponents.

Meanwhile, in Men's doubles, Leander Paes and his partner Juan Martin del Porto were eliminated from the tournament after losing their opening match in straight sets to Gilles Muller and Sam Querrey.

Paes and his Argentine partner never looked in their form and were outclassed by their opponents in all departments of the game.

Yesterday, Rohan Bopanna and his partner Pablo Cuevas were eliminated by Serbian duo of Novak Djokovic and Viktor Troicki after losing the match 2-6, 6-3 (10-7). (ANI)