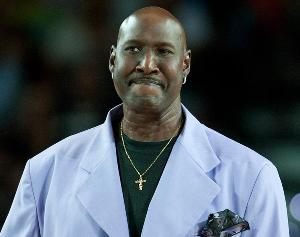 Washington D. C., Aug 28 - The legendary basketball player Darryl Dawkins has died at the age of 58 due to a heart attack.

The former NBA star, who was popularly known as 'Chocolate Thunder', has played almost 17 NBA seasons, out of which most were with the Philadelphia 76ers and the New Jersey Nets, Us Magazine reported.