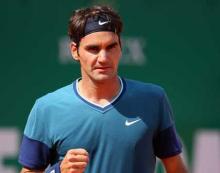 Washington, June 12 (ANI): Swiss tennis maestro Roger Federer's hopes of winning his maiden Stuttgart Open title were dented, after he suffered a defeat at the hands of Austria's Dominic Thiem in the semi-finals of the men's singles event here on Saturday.

The 14-time Grand Slam Champion suffered a 6-3, 6-7 (7-9), 4-6 defeat against his Austrian opponent in a thrilling contest that lasted about two hours.

With the win, third-seed Thiem has now set up a summit showdown clash against seventh-seed Philipp Kohlschreiber of Germany for the title.

Federer pulls out of French Open 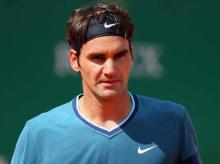 Paris, May 20 : World No. 3 Roger Federer announced on Thursday through his Facebook account to withdraw from the French Open after admitting his fitness is "still not 100 percent" .

The 17-times Grand Slam champion is for the first time missing from Roland Garros in 17 years and has his running streak of 65 straight Grand Slam appearances snapped, Xinhua reported.

"I regret to announce that I have made the decision not to play in this year's French Open," wrote Federer, who made his major debut here in 1999 and also completed his career Grand Slam here in 2009. 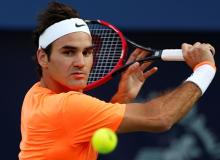 Melbourne, April. 11 : Swiss tennis maestro Roger Federer has poked fun at Andy Murray after scribbling his own signature next to the Briton's face in spot number two at an official ATP event in Monte Carlo.

Federer, who is standing third in world rankings, mistakenly signed an ATP ranking board in Murray's place at second spot.

28-year-old Murray, who arrived late for the event, had no other option but to sign next to a picture of third-ranked Federer, news. com. au reported. 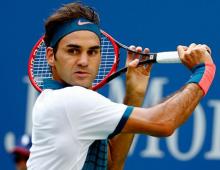 London, Mar 26 : Swiss tennis maestro Roger Federer, who was preparing to make comeback after undergoing knee surgery earlier this year, has pulled out of the Miami Open with a stomach virus.

The world number three had been due to play against Juan Martin del Potro of Argentina in his first match since Australian Open defeat to eventual champion Novak Djokovic in January.

While apologizing for withdrawing from the tournament, Federer said in a statement that his condition got worse in the last 24 hours and that he was in no condition to play, the Guardian reported. 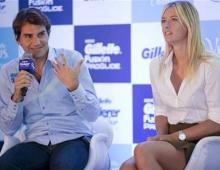 The Swiss maestro, who will return to action at the Miami Open after undergoing knee surgery, said that tennis was doing a lot better than it used to be in the past but suggested that more tests need to be done to avert a crisis, the Guardian reported.