Woods `not physically ready` to play US Open 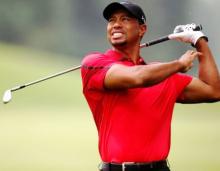 Johannesburg, June. 8 : Former world number one golfer Tiger Woods has pulled out of next week's US Open saying that he is 'not physically ready' to play in the second major of the year at Oakmont.

The 40-year-old, who saw his form take a dip after suffering a series of back injuries since 2013, hasn't played competitively since August last year. He also skipped the Augusta Masters in April citing the same reason.

Woods, the 14-time major champion, however, said that he was making progress after undergoing a back surgery last September, Sport24 reported. 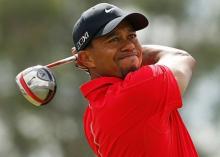 London, April 2 : Former world number one golfer Tiger Woods has confirmed that he will not be able to participate in next week's Augusta Masters as he is ' not physically ready' for the opening major of the year.

The 40-year-old, who saw his form take a dip after suffering a series of back injuries since 2013, hasn't played competitively since August last year.

Woods, a 14-time major champion, stated on his website that it was prudent to miss this year's Masters considering the present condition of his back and consulting with his medical team, the Guardian reported. 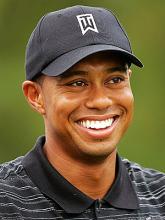 Johannesburg, Oct. 21 - Former world number one golfer Tiger Woods is not sure if he will be able to compete again this season following his 'long and tedious' recovery from second back surgery.

The 39-year-old has already declared that he would not be able to play Hero World Challenge to be held in December.

Woods, who was in Mexico City for an exhibition match with Matt Kuchar, refused to play before the match due to his back surgery, Sport24 reported.

The golfer was discovered with a fragmented disc that was pinching a nerve.

London, July 17 - Former number one Tiger Woods, who used to dominate at St. Andrews, struggled to make a mark as he was 11 shots and 10 years off the pace after his worst Open round at the golf course.

Woods started his Open campaign by slapping a fat iron off the tee which sounded as tuneful as piano being played by Les Dawson.

Woods, who won his last Majors in 2008, said that he made so many mistakes that he knew it was a very benign day and guys were going to go low, the Mirror reported. 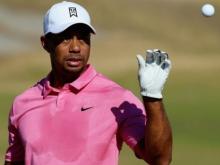 London, June 20 : Former number one Tiger Woods, who is going from a rough patch on the golf course, missed the cut at the US Open for the first time since 2006 after finishing the second round 16 over par at Chambers Bay.

The 14-time major champion had eight bogeys in a six-over 76, the BBC reported.

Spieth shot a 67 and shares the lead with fellow American Patrick Reed (69) on five under.