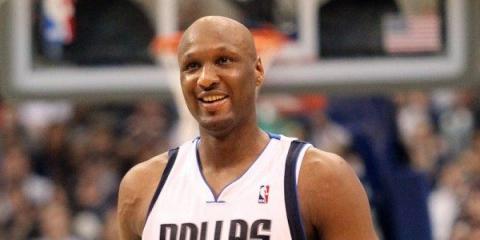 Washington D.C., Oct 18 - Lamar Odom, who has been struggling for his life since he was found unconscious at a brothel in Nevada, is now doing pretty fine and reportedly has been giving the thumbs up and thumbs down signs while responding.

The sources close to the doctors revealed that though the former NBA player wasn't out of the woods right now, his recovery was significant and had begun breathing on his own after coming out of sedation, E! Online reported.

Odom recently had a normal EKG test, which showed his heart functioning normally as the heart rate and blood pressure was under control.

As per the sources, the 35-year-old basketball player suffered with an ischemic stroke, which is caused by a blood clot preventing blood flow to the brain and is often associated with an overdose of cocaine and other drugs. (ANI)