Powell appeals to CAS for reduction in ban period 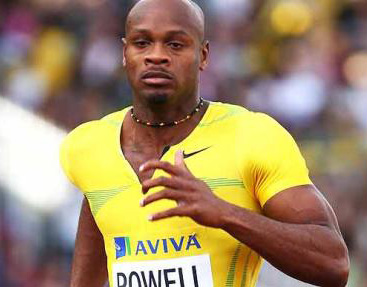 Lausanne (Switzerland), May 28 : Jamaican sprint star Asafa Powell has appealed to the Court of Arbitration for Sport (CAS) asking for his 18-month ban to be reduced to three months.

The 31-year-old tested positive for the banned stimulant oxilofrine at last year's national championships and was slapped with the suspension by the Jamaica Anti-Doping Commission (JADCO) in April.

However, Powell subsequently branded the ruling as "unfair and unjust" and said he would appeal.

Fellow Jamaican sprinter Sherone Simpson, who was also banned for 18 months following a positive drugs test for the same substance, has also appealed to CAS for a reduction in the JADCO suspension.

"The athletes put forward that the offence committed is minor and request that the suspensions be reduced to (three) months," the CAS said in a statement.

"The CAS has initiated an arbitration procedure in each case and the parties have been invited to file written submissions in accordance with the code of sports-related arbitration. No hearing date has been fixed yet."

Following the positive test, Powell blamed Canadian physical trainer Chris Xureb for providing him with the supplements that included the banned substance.

However, a three-member JADCO disciplinary panel said the sprinter was "negligent" and was "at fault", and banned him until December 28 this year. The suspension was dated to the time of the positive test last year.

Powell immediately vowed to fight the ban, pointing out it was the first time in his 12-year career that he had ever tested positive.

Powell has never won a World or Olympic title but holds the world record for the most wind-legal sub-10 clockings, with 81. (IANS)