'Recovered' Federer reveals cause of his knee surgery 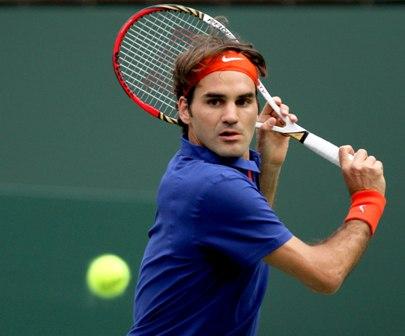 Melbourne, Mar.25 : Swiss tennis maestro Roger Federer, who is making a return to the tennis court at the Miami Open, has blamed a bathroom mishap for his knee surgery which ultimately forced him to undergo surgery for the first time in his career.

Speaking on the eve of his first match against Juan Martin del Potro at the Miami Open since February, he revealed the series of events which gave him a swollen knee, for which he had to undergo arthroscopic surgery to repair a torn meniscus.

The world number three said he was preparing a bath for his twin daughters when he turned and heard a click in his left knee, news.com.au reported.

Federer added that it was surprising for him because it was a very simple movement which he had probably done a million times in his life.

The 17-time Grand Slam champion had last week used a string of emojis on his Twitter handle to confirm that he was ready to resume.

Speaking about his comeback, he said that it was nice, for a change, to see that the expectations of his fans were really low.

He, however, added that he was really pleased to be back as he had not expected to be there after his surgery.

Federer was expected to return to action in next month's Monte Carlo Masters after undergoing surgery to repair a torn meniscus sustained the day after his semi-final defeat to Novak Djokovic at this year's Australian Open.

However, his recovery from the surgery has been quicker than anticipated.

Due to the injury, Federer was forced to opt out of tournaments in Dubai, Rotterdam and Indian Wells. (ANI)