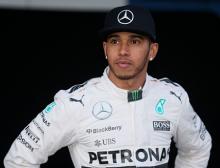 Austin, Oct 24 : Britain's Lewis Hamilton, driving for Mercedes, on Sunday won the US Grand Prix in Austin, Texas, moving up seven points on the world Formula One leader, his German teammate Nico Rosberg, who came in second and was followed by Red Bull driver Daniel Ricciardo of Australia.

Starting from the coveted pole position, it was Hamilton's 50th career victory, his seventh win of the current season and his third consecutive triumph on the Texas circuit. Moreover, it was his fourth Grand Prix victory in the past five years, EFE news reported. 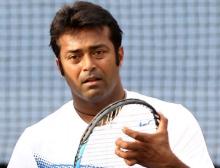 St. Petersburg [Florida], Sept. 24 : Indian tennis ace Leander Paes and his German partner Andre Begemann entered the finals of the St Petersburg Open by clinching a straight-sets victory against the Russian pair of Mikhail Elgin and Alexander Kudryavtsev in the men's doubles event on Friday.

The Indo-German defeated the Russian pair 6-3, 7-6 in a match that lasted for more than 90 minutes. 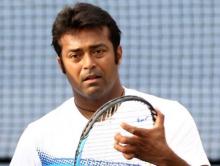 St.Petersburg [Florida], Sept.23 :Indian tennis ace Leander Paes and his German partner Andre Begemann have stormed into the semi-finals of the St.Petersburg Open after clinching a straight-sets vi 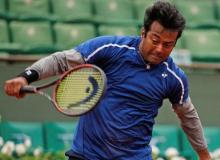 St. Petersburg [Florida], Sept.22 : Indian tennis ace Leander Paes and his German partner Andre Begemann have booked their place in the quarter-finals of the St. Petersburg Open after clinching straight sets victories in the men's doubles event here on Thursday.

The Indo-German pair brushed aside Serbian duo of Janko Tipsarevic and Viktor Troicki 6-2, 6-4 in a last-16 contest.

Shocking! Serena stunned by Pliskova in US Open semis 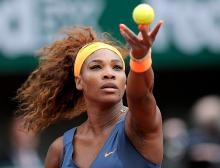 New York [USA], Sept.9 : World number one Serena Williams' quest for a record-breaking 23rd Grand Slam title at the ongoing US Open came to an end as she suffered a straight-sets defeat at the hands of Karolina Pliskova of Czech Republic in the semi-finals of the women's singles event here on Friday.

The American defending champion failed to maintain her winning momentum at Flushing Meadows and went on to suffer a crushing 6-2, 7-6 (7-5) loss against her Czech opponent in a thrilling last-four contest that lasted one hour and 20 minutes.