Tokyo 2020 medals to be made from "recycled" mobile phones 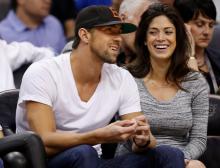 The marriage license was issued June 9, 2016 and the wedding was officiated by Phelp's agent and longtime friend Peter Carlisle, reports E! Online.

The pair welcomed a baby boy named Boomer Phelps in May, about a month before they officially tied the knot.

In the months leading up to the secret nuptial, Johnson had shared a few details of what fans could expect on the big day.

Nick Young's July 4 stint could have taken his hand 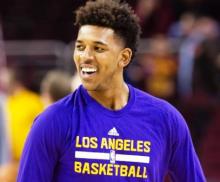 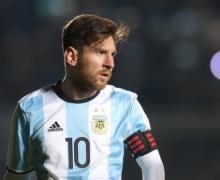 Following the defeat, Messi informed that he had made the decision not to appear for the national team once again.

"The national team is over for me. That's four finals (lost,) it's not for me. It's a made decision, I think," the 29-year-old was quoted as saying by goal. com. 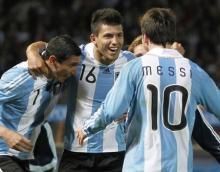 Washington, D. C, June 15 : Argentina produced yet another brilliant performance as they cruised past Bolivia 3-0 in their Copa America Centenario clash to end the group stage on top at CenturyLink Field in Seattle on Wednesday.

The top-ranked team remained dominated throughout the match, with strikers Erik Lamela and Ezequiel Lavezzi putting their side in the strong position in the first half of the match.