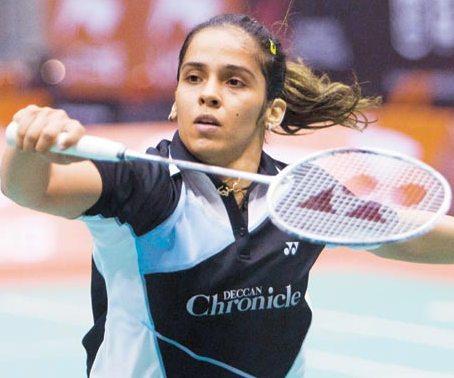 Basel: Two-time winner Saina Nehwal and defending champion K Srikanth will look to put behind the disappointing outing at the All England Championship and train their guns on the Swiss Open Grand Prix Gold starting with the qualifiers here on Tuesday.

Top seed Saina, who clinched the title in 2011 and 2012, will start her campaign to complete a hat-trick when she lock horns with Germany's Karin Schnaase in the opening round of women's singles competition.

World No. 10 Srikanth will also look to etch his name on the trophy for the second time and add another title to his kitty after his triumph at the Syed Modi Grand Prix Gold in Lucknow in January this year.

The Indian, seeded third, will open his campaign against Muhammad Bayu Pangisthu of Indonesia.

Saina had lost in the quarterfinal while Srikanth's campaign ended in the second round in Birmingham.

Among five other Indians in the fray in men's singles, B Sai Praneeth will enjoy his share of attention after his gaint-killing act at the All England championship last week, where he stunned former World No. 1 and two-time Olympic silver medallist Lee Chong Wei of Malaysia.

Praneeth will open his campaign against Lucas Corvee of France.

will face Denmark's Emil Holst and Anand Pawar will fight it out against Germany's Marc Zwiebler, seeded 7th.

Malaysia Grand Prix gold winner, P V Sindhu, seeded sixth, too will look to regain her form when she starts her campaign in the women's singles competition. The Indian had lost in the opening round last week against Thailand's Porntip Buranaprasertsuk.