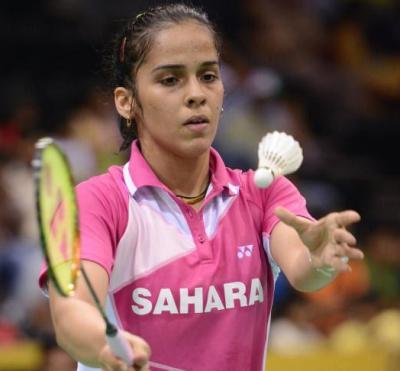 Basel, Mar 18 : Top seed Saina Nehwal has progressed through to the quarterfinals of the USD 120,000 Swiss Open Grand Prix Gold badminton tournament after trouncing a gritty Kristina Gavnholt of Czech Republic in the women's singles event in Basel.

The ace Indian shuttler, who turned 26 on Thursday, claimed a 21-18, 21-17 win over Kristina in a contest that lasted 34 minutes on Thursday night. She will next face Japanese seventh seed Sayaka Sato for a semifinal berth.

On Thursday, Saina dropped three places to sixth in the latest BWF world rankings following a quarterfinal loss at the All England Championship.

She battled through injuries last year and had to miss out on a few tournaments this season, including the Syed Modi Grand Prix Gold and South Asian Games.

Meanwhile, compatriot P. V Sindhu also booked her place in the quarterfinals of the tournament after brushing aside Pai Yu Po of Chinese Taipei in the women's singles event earlier in the day. (ANI)