Shocking! Serena stunned by Pliskova in US Open semis 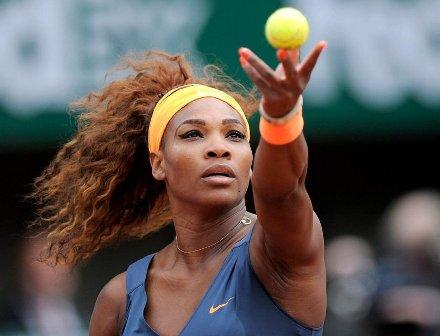 New York [USA], Sept.9 : World number one Serena Williams' quest for a record-breaking 23rd Grand Slam title at the ongoing US Open came to an end as she suffered a straight-sets defeat at the hands of Karolina Pliskova of Czech Republic in the semi-finals of the women's singles event here on Friday.

The American defending champion failed to maintain her winning momentum at Flushing Meadows and went on to suffer a crushing 6-2, 7-6 (7-5) loss against her Czech opponent in a thrilling last-four contest that lasted one hour and 20 minutes.

"I have been having some serious left knee problems," Serena said after the match. "I wasn't tired. Fatigue had absolutely nothing to do with it. If I was tired I should definitely get into a new career," Serena was quoted as saying by wtatennis.com following the match.

The top-seed also hailed her opponent Pliskova, saying that the 10th seed had done extremely well last year by coming close to the finals of so many tournaments while adding that this was surely her year to perform really well.

It was for the second consecutive year when Serena saw her bid for a seventh U.S. Open title halted in the semi-finals.

Last year, the 34-year-old became the victim of one of the biggest upsets in tennis history when she suffered a defeat at the hands of Roberta Vinci in the semi-finals.