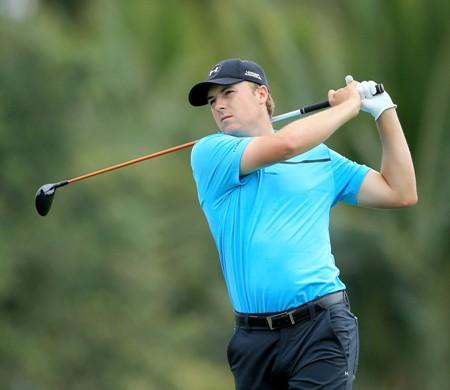 Johannesburg, Feb. 17 : World number one golfer Jordan Spieth has expressed that he aims to take a leaf out of the level of consistency displayed by tennis superstars Roger Federer and Novak Djokovic at the top of the game.

The 22-year-old American enjoyed a superb 2015 season which saw him win back-to-back majors at the Masters and US Open. In addition, Spieth finished fourth at the British Open and second at the PGA Championship.

Spieth observed that three of the top-four players always feature in the semi-final matches, pointing out the remarkable consistency by the top-ranked players.

He also praised the top players' relentless drive for success despite reaching zenith of their game and Spieth identifies that quality as the quintessential ingredient to cement his spot at the pinnacle of world golf this year, Sport24 reported.

Spieth, who has already won his first tournament this year, will next play in the Northern Trust Open in Los Angeles on Thursday. (ANI)