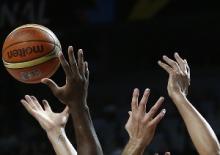 After getting the better of Nepal and Bangladesh on the opening day, the hosts eased past the tiny Himalayan nation to go neck and neck with Sri Lanka, who look another possible title contender.

India stayed superior to Bhutan in size, strength and agility. 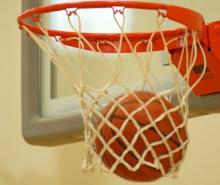 Karachi, Jun 13 : A team of US-based Muslim girls has come up Shariah-compliant uniform to play basketball, ending their dilemma of either to exit the game or wear a dress that doesn't conform to their culture and religious believes.

The middle-school girls, playing for Cedar Riverside, who choose to play at girls-only session at Brian Coyle Community Center twice-a-week, designed their own clothing to match their needs, the Tribune reported. 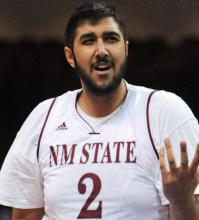 Sydney, Apr 02 : Canadian Basketball professional Sim Bhullar is reportedly set to become the first player of Indian origin to play in the National Basketball Association ( NBA), as the Sacramento Kings are planning to sign the 7-foot-5 player to a 10-day contract on Thursday.

A source revealed that Bhullar would be on the roster Friday when the Kings host the New Orleans Pelicans as the expiry of David Wear's 10-day contract would pave way for a roster spot, News.com.au reported. 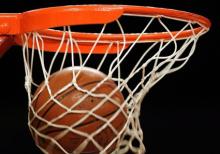 New York: Basketball is predominantly a growing sport in India but the United States-based National Basketball Association (NBA) has plans to make the game the "second most dominant" sport in the country besides cricket.

The popularity of NBA is incomparable worldwide and India is no exception as the nation has a rich fan following of the sport, predominantly among the youths and that is what the NBA trying to target.

When Dennis Rodman rejoined poker game after having sex with Madonna 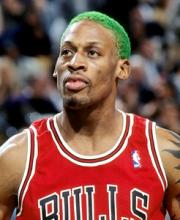 Melbourne, Feb 6 - Dennis Rodman, who is in Australia for a guest speaking tour, has retold the story about Madonna wanting to have his babies.

The 53-year-old former basketball player, who dated the singer in 1996 while he was playing with the Chicago Bulls, said that Madonna called him in the middle of the night, when he was in Vegas on the "craps table," to tell him that she was ready, News. com. au reported.

Rodman added that the singer asked him to get on the plane because he was in Vegas and she was in New York.