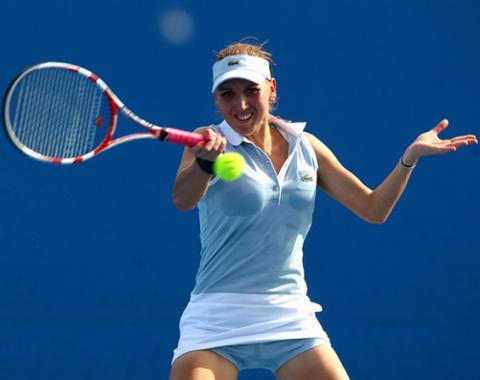 California [USA], Mar. 18 : World No. 15 Elena Vesnina from Russia cruised into the Indian Wells WTA final with a thumping victory over in-form Kristina Mladenovic of France on Friday.

Vesnina defeated Mladenovic 6-3, 6-4 in a match that lasted for one hour and 24 minutes.

Vesnina had stunned World No. 2 Angelique Kerber in the Round of 16 before upsetting Venus Williams in a three-set quarterfinal thriller.

The 30-year-old has lifted two doubles crowns in the Coachella Valley, with Indian ace Sania Mirza in 2011 and Ekaterina Makarova in 2013.

This is Vesnina's first appearance in a final since Charleston last season and the biggest final of her career on the WTA Tour. (ANI)