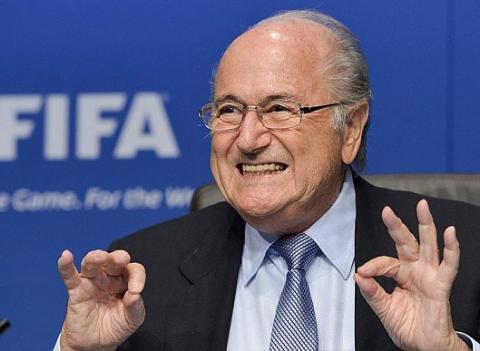 Zurich, Feb 20 - Former FIFA president Sepp Blatter insists that the vote to host the 2022 football World Cup was not fixed, saying that "you cannot buy a World Cup."

Blatter said that former French president Nicolas Sarkozy had asked Michel Platini to vote against the US bid to host the 2022 World Cup. The quadrennial event was eventually allotted to Qatar.

"You cannot buy a World Cup, it will go at the end where the higher political influences are," Blatter was quoted as saying by the BBC on Saturday.

"For 2022, Platini at least had the courtesy to phone me and say, 'now we have had a meeting with the head of state and if the head of state is asking me to support France for different reasons then I will'. He said 'my vote will not be for the Americans'.

"I knew then there would be a problem. We tried but it was too late," he added.

The Swiss football administrator has once again claimed that he is innocent as he awaits the judgement of a corruption appeal against his eight-year ban from the sport.

"I am sure there is justice in this world and that I have committed nothing which goes to criminal law," he said.

Football's world governing body will elect a successor to the Swiss on February 26.