Massachusetts, May 04 : Adidas has come up with an intriguing plan to reuse some of the eight million tons of plastic that end up accumulating in the ocean each year. It will now recycle that plastic to develop fibers for use in clothing and footwear.

The company announced a partnership with Parley for the Oceans, an ocean preservation group, and pledged to rid the ocean of plastic waste, starting in 2016, laundry.reviewed.com reported.

The firm also pledged to phase out its use of plastic bags at its retail stores.

The announcement has highlighted a growing focus on sustainability not only at Adidas but throughout the apparel industry, with many other companies taking similar steps. Boston - A collection of letters John F Kennedy sent to the family of a lost PT-109 crewmate sold for USD 200,000 at an auction.

RR Auction, a Boston-based auction house, said the sale happened Thursday during a two-day auction at the Omni Parker House that also saw the sale of a collection of letters that Kennedy's younger brother, Robert F Kennedy, wrote to a classmate at what is now the Portsmouth Abbey School in Rhode Island.

The letters from the future US president were to the family of Harold Marney, who was killed in 1943 when the PT-109 boat Kennedy commanded was destroyed by a Japanese warship in the Solomon Islands.

Boston, April 20 - Captured after a 23-hour massive manhunt, the second suspect in the Boston Marathon bombings, 19-year-old Dzhokar Tsarnaev, is in serious condition in the hospital, according to police.

The suspect "was severely injured in most likely the shootout that occurred" overnight Thursday, though he may also have been hurt in an exchange of gunfire Friday night in Watertown, a Boston suburb, CNN reported citing police Commissioner Ed Davis.

The dramatic capture of Dzhokar Tsarnaev came after a Watertown resident saw blood on a boat in his neighbour's backyard, Davis said. "He opened the tarp and saw a man covered in blood," he said. The man retreated and alerted law enforcement. Cambridge (Massachusetts), March 12 : The Ivy League Harvard College apologised as it was embroiled in a fresh controversy over how it tried to find who leaked information about a cheating scandal to the media last year.

The oldest institution of higher learning in the US, the Harvard College - one of the two schools within Harvard University giving undergraduate degrees - founded in 1636 in Cambridge, Massachusetts, issued a partial apology as it came under fire for the way it handled a secret search of the e-mail accounts of 16 resident deans. Cambridge (Massachusetts), Jan 26 : In the wake of tensions between India and Pakistan, South Asian students of Harvard University have planned a 'global vigil' Sunday for peace between the two countries.

Sponsored by the South Asia Centre, Boston, and the Alliance for Secular and Democratic South Asia, the vigil at Harvard Square is aimed at voicing the students' concern over ceasefire violations at the LoC and the war hype being built up by "sections of the media and politicians in India that threatens peace in the region." 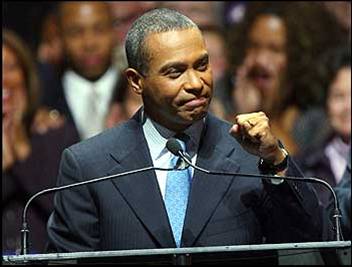 The researchers, however, were unable to give a safe caffeine intake for women. But they did indicate that more than four cups of coffee a day can increase the breast cancer risk by 68%. The risk further aggravates with advancement ion age.

Study: Drinking May Shrink Your Brain

The American Academy of Pediatrics has doubled the recommended daily dose of vitamin D for children to 400 international units of vitamin D each day, up from 200 IU that had been prescribed in the past. The doctors released the new guideline and said they hoped to prevent rickets in children as well as give other health benefits with the recommended increase at a meeting in Boston this week.

Plaintiffs in a lawsuit against drug maker Pfizer Inc. have said that the company controlled the publication of negative scientific studies to expand sale of its epilepsy drug Neurontin. The tactics employed by them, according to documents filed in the federal court in Boston yesterday included delaying the publication of studies that said the drug did not work for some disorders, ŌĆ£spinningŌĆØ negative data in order to show it in a more positive light and bolstering negative findings with positive studies.